There is no doubt that women have made great strides towards gender equality in recent years. However, the goal has not yet been reached. One important area in which gender inequality still remains is health – access to healthcare, gender-specific healthcare, and healthcare tailored for women.

The numbers present a grim picture of the current state of gender health inequality. Even in industrialized nations, there exists a gender pay gap. For example, women in Australia are paid about 23% less than men. Of course, wages are a huge component in healthcare access, and people with larger amounts of disposable income are better able to achieve wellness and spend money on preventative healthcare.

The wage gap does not just hinder access to quality healthcare. It can also cause medical problems. A study determined that women who experience unequal pay compared to their male counterparts suffer from increased likelihood of major depressive disorder and generalized anxiety disorder.

In comparison, women who live in more gender-equal nations benefit from better cognitive function, such as memory and reasoning. The reverse is also true. Those women living in very gender unequal societies, like Ghana, perform worse on cognitive testing compared to men.

An additional problem is that women are often more likely to be victims of violence, particularly sexual assault. In fact, one in six American women will suffer a rape or attempted rape. Sexual violence is one example of a health problem faced by women in both industrialized and developing nations.

Finally, a lack of gender-specific research functions as a barrier to women’s health. As outlined in a report from Brigham and Women’s Hospital in the US, medical research often lacks data on female participants. This omission of sex-specific medical data hinders diagnosis and treatment progress for women.

Although an industrialized country and certainly the most progressive nation in the Middle East, Israel is not immune from problems with gender health inequality. According to a 2016 report by The Center for the Advancement of Women in the Public Sphere (WIPS), women in Israel experience more poverty, less political power, and less participation in the labor market compared to men – all factors that limit access to quality healthcare.

As recommended in the Brigham and Women’s report, strong efforts to improve sex-specific research need to be made. These efforts include including sex criteria in government standards for research grants as well as increased recruitment of women volunteers for medical research studies.

Along with these research standards, data collection should be enhanced to include statistics for women whenever applicable. Heart disease, diabetes, mental illness, and many other health issues are not exclusively male problems. Society needs complete, reliable data on the health hurdles faced by women in order to better overcome these obstacles.

Education is another facet of the solution to gender inequality in health. Women should continued to be encouraged to enter healthcare fields, including medical school, in order to better provide quality, caring medicine to other women. Along with that, women’s health education is paramount. Ideally, knowledge of health maintenance and problems unique to women’s health should be common among all women. Apart from women in medical schools, where their numbers match those of men, women need to be encouraged to occupy senior executive positions in the health system, namely in hospitals, clinics, health ministries, and more.

A final recommendation in the Brigham and Women’s paper is the need for women’s health legislation. The necessary legislation runs the gamut from sufficient amounts of maternity to leave to funding for women’s health research to laws aimed at preventing violence against women. As pointed out in the 2016 WIPS report, women must also be equally represented in governing bodies such as the Israeli Knesset and US Congress.

Research, data collection and reporting, education, and legislation may not solve the gender health inequality issue entirely, but they are excellent places to start. Dedication from lawmakers, healthcare professionals, and activists will certainly be needed for true progress to be achieved.

Here are some organizations that are leading the way:

Women’s Way – A global initiative for justice and equality. 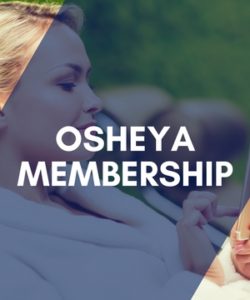